In recent years, South Africa's wine industry has become one of the most well-known and one of the most competitive. The world's traditional wine-producing regions are Italy, France, and Spain, but this wine already has competition in the form of New World wines from South Africa, New Zealand, and the United States. In this article, you will find some interesting facts and figures about the South African wine industry.

In 2005 the country produced wine more than 628 million liters, but as its popularity and demand have grown, wine production has increased to the point where it produced more than 780 million liters in 2010. This shows the growing popularity of South African wines. If you also would like to know more about the South African wines then you must visit https://cape-ardor.com/. 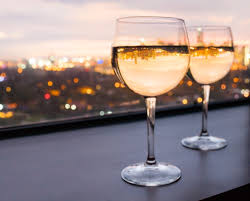 As wine production became more profitable for the country, the need to introduce more vineyards and expand the area now became clear. With more than 112,000 hectares of vineyards in the country, there is plenty of room for further growth in the coming years. This means that the demand for wine from the South African region will certainly continue to increase in the coming years.

South Africa is currently the seventh-largest wine producer in the world as it appears to be increasing brand perception of its wines. With rosé, red and white wines, customers have a fantastic variety of wines to choose from so they will never run out of choices when looking for great South African wines.

In terms of variety, Chenin is still king in the country, although white grapes occupy about 80% of the vineyard after nearly 40% of the vineyards have been replanted, the split between white and red grapes is now close to 50-50. This will help South Africa keep pace with demand as its wines grow in popularity.